Skip to main content
To provide you with the best experience, Zur glücklichen Kuh uses its own and third-party cookies on its website for technical, analytical and marketing purposes. By continuing to browse our site, you're agreeing to our use of cookies. Please consult our Cookie Notice for more information.

Save is Kuah - save the cow 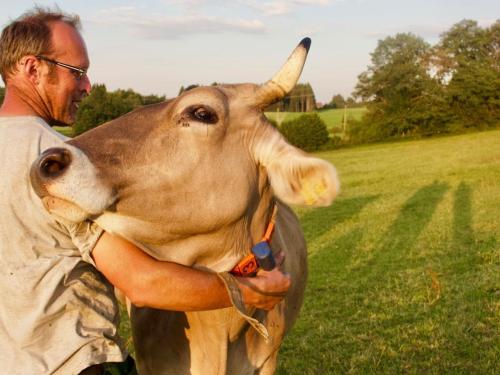 The Original Braunvieh is a cattle breed , which is only occasionally kept in the Alpine region. It is a so-called mixed breed, which has much muscle mass (meat) but a lower milk yield. When, after 1960, to increase milk production, the breed Brown Swiss was crossed into our traditional brown cattle, the original Braunvieh was extinct despite the better muscle mass in favor of milk production in the Allgäu in 1980.

For some years, some cattle breeders try to breed the original Allgäu Braunvieh again. Among them is the Archehof of the Birk family in Hellengerst. Barbara and Wolfgang Birk have set themselves the task of breeding endangered animal breeds.

For our mountain farmers breakfast from the Birks Honey, Landhunters and Kaminwurzen. For groups we like to organize guided tours. More information about the Behk Archehof is available at the Bergbauern breakfast buffet.

As a photo pot and appreciation for this breed carved the Allgäu artist and sculptor Robert Liebenstein for us the Kuhbank at our entrance. 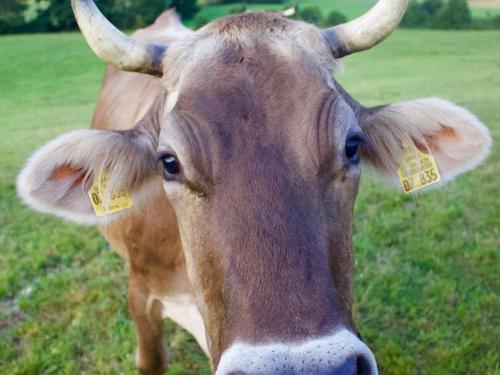 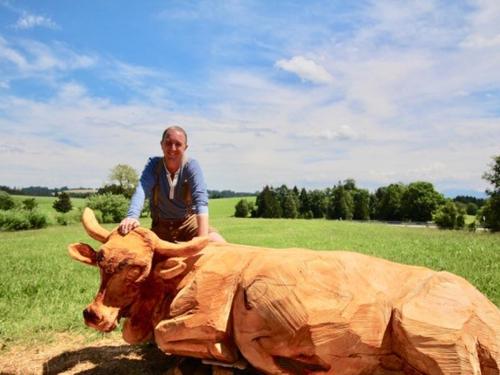